Sorry, we've been a little busy! 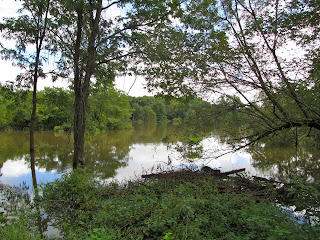 Yes, we've been a little busy.  Sorry of the lack of updates, just at the point when every one was curious about what was going on.    Well, where to start.  Let me start with an update on the progress of the house, or rather lack of progress.  We have met several replacement electricians and two of them we really liked.  By chance, one of the them was also recommended by the owners of A Tavola, the best new restaurant in New Paltz.   We've become good patrons of that establishment and the owners are really friendly and make some amazing food.   We are waiting for proposals from Electricians and need to get that started quickly.   Brian the contractor has totally given up on our property.  He has not done anything to replace the electrician (we are doing that on our own!).  Still no sign of the guy who is meant to be stripping the doors and the beams.  The floor board that we have been waiting for, for 4 months is still not on site, the work on the floor boards that he has done look like he really rushed them as they are not to the quality we had become used to.  My guess is that he has taken on more work than he can deliver on.  He was at the site maybe one day a week, maybe two if we are lucky.  Progress is so far behind.  I've tried calling, being a nuisance, leaving him alone, being tough and shouting at him...none of it seems to work.  In our last conversation he didn't seem to understand why I was angry at the lack of progress.  He seemed to think he had done nothing wrong.   Since that conversation (4 weeks ago) he has not been to the site once.  Given that the last 4 weeks have been the worst weather and flooding of the decade, you'd have thought he'd just be curious about his project.

In fact, on the Friday before Hurricane Irene hit, Daniel and I went up to the house.  He had not been there all week and the plumber was already to get the inspections of the plumbing done. (The plumber has been fantastic and a real pleasure to work with so thank God for small mercies!)  Daniel and I did what we could.  We moved all the wood and materials from the porch.  We secured the windows and doors as best we could and made sure everything was tied down and couldn't fly around and cause damage.  There was still a big hole on the side of one of the dormers which Brian had pulled out several weeks ago and just left.  The two windows on the North of the house were also left open with the elements coming in (yes, they too had been left like that for several months).   We texted Brian and asked if he was planning to be at the house and if he could secure the open windows and the hole in the dormer.  Our fear was if the wind got under the dormer it could easily rip the whole dormer off.  He guaranteed he would be at the house on Friday or Saturday before the anticipated Sunday storm.

You know where this ends.   Despite promises to visit the house and secure all the open windows and the hole in the dormer, we returned this weekend after two massive storms, to find that none of the promised work was completed.  The house had been left open to the elements and rain and leaves were all over the master bedroom, leaving watermarks on the brand new floor.   The water in the dormer was such a flow that it had started to was away the plaster from the knee wall.  Not sure why we thought this would happen but given the anticipated severity of Irene we thought that he might just live up to his promise and complete a task that would take him 30 minutes.   Even now, after two huge floods, two massive storms we've not seen or heard anything of our contractor.  The plumber, duct man and mechanical guy have all been on the phone several times and have visited to assess damage and begin work...but not our guy Brian.

A few weeks ago I finally had a total melt down.  I wasn't sleeping for worrying about the house and the contractor.  Every time we visited the house I was angry and depressed that nothing had been done.  I hated going to the house because when I got there I was really sad.  I hated being at the house because it was just a reminder of how much still needed to be done and how little progress we were making.  I realized that the house simply wasn't going to be finished this year.   In fact we'll be lucky if it is completed for the spring of next year.

Then Irene hit -  I'll write a separate entry for the flooding stories - and any hope of recovery or getting back on track is out the window.  No contractor.  No electrician.   5 ft of water in the basement and the brand new geothermal heat pumps, that had never been used, are destroyed.    Have to wait for FEMA flood insurance before we can afford to replace them and that means even more delay...and likely, significantly more cost.